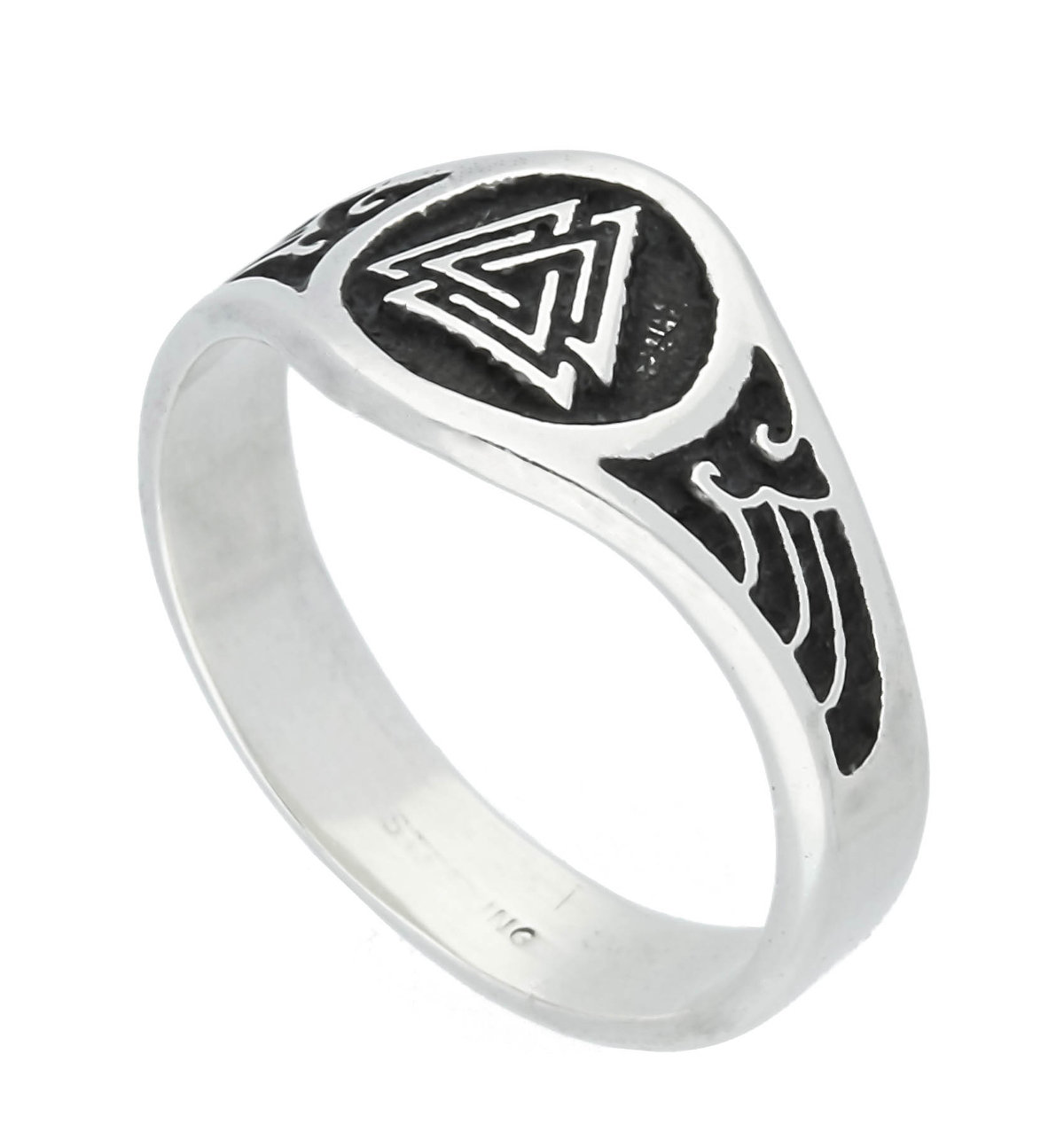 This design is a combination of Viking Norse symbols associated with the Allfather God Odin; Ruler of Asgard.

In the center of the ring is the Valknut, the Viking Knot of the Fallen. Viking Myth says that this Triple Triangle Symbol guarantees that the warrior, upon death, would be taken by the Voluptuous Valkyries to Valhalla where one would drink with the Gods until the end of time: Ragnarok.

On either side of the Valknut are Odin's Ravens, Hugin [Thought] and Munin [Memory]: symbolizing Higher consciousness. Norse myth tells us that the God Odin has two ravens perched on his shoulders. These ravens are more than Odin's pets; they are his spies and messengers. He sends them out every day into the world of Midgard and upon their return they relate to Odin every secret that they have found.

This ring design brings a reawakening of the Warrior's Spiritual Life, bringing Victory, Courage, Wholeness, and acknowledgement of the Divine Order: We are droplets of The Divine: an Essential part of the All.