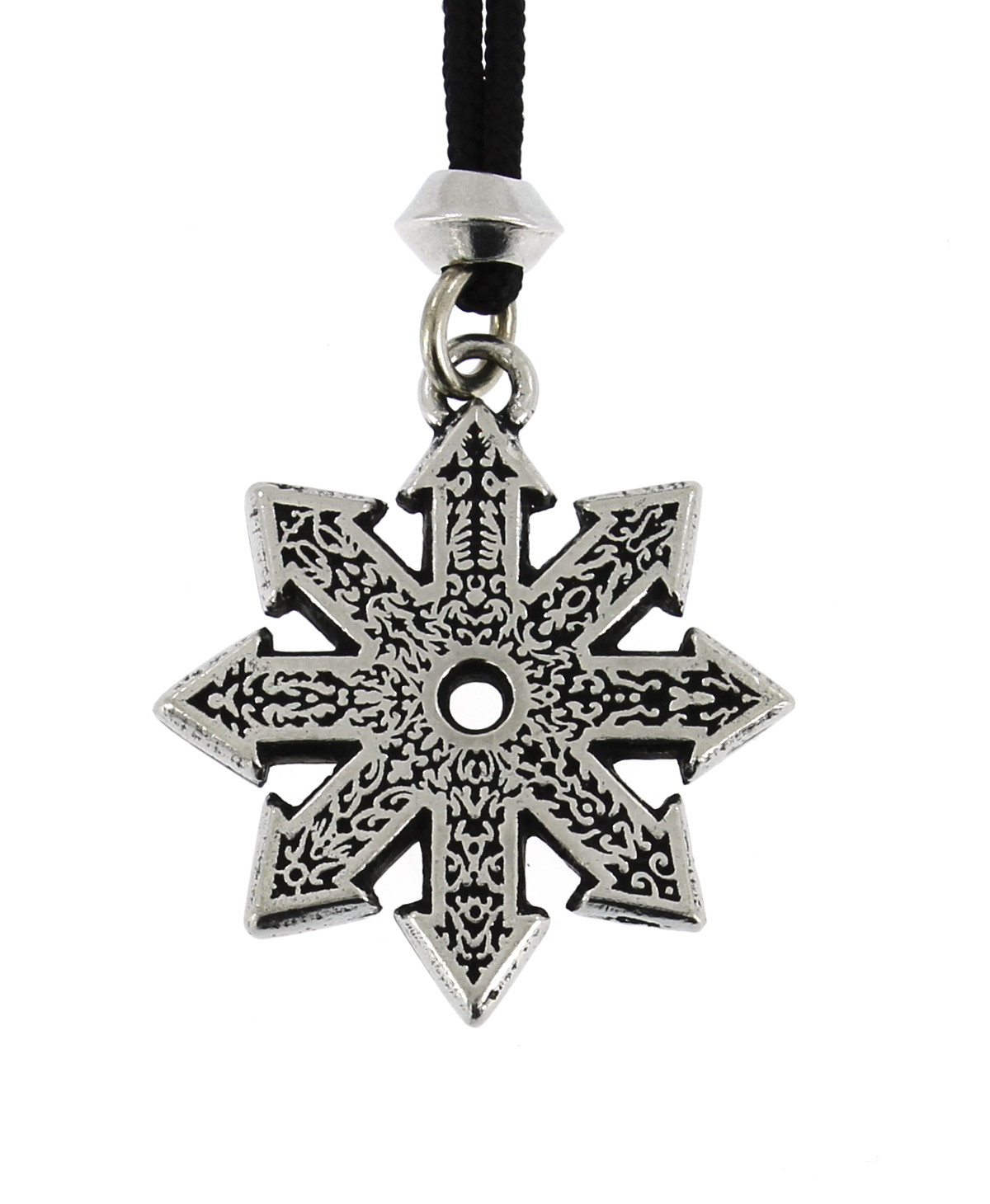 Divine Fire Wheel referred as the Chaos Star, originated in Europe. This runic style is known as Insigil in the Northern Tradition. It is the battle rune including heroism and victory in its meaning. The Chaos Star brings the wearer the qualities of the Warrior: Power, Success and a sense of Justice also the Spiritual Freedom to let go yet have the Wisdom to assert Order when needed.

Magical Rune is laid out around a circle increasing its Magical Power eightfold, radiating its Magical Power. This Rune is the Teiwaz rune, sacred to the god Tyr, Regent of Mars. In legend Tyr bound the Fenris wolf when it threatened the Cosmic Order, but had to sacrifice his right hand in the process of saving the other Gods. Therefore in the world of men, this symbol has become known to symbolise Order over Chaos, as well as Justice, and the Sacrifice for the greater good. It may seem a paradox that a symbol of order should come to be known as the Chaos Star but the Cosmogenic force of Teiwaz is one that polarises, creating Duality from Unity. Order and Chaos cannot exist without each others complimentary qualities; and ultimately, everything is ordered chaos. The ultimate discovery in modern physics of the chaos theory is that everything is in motion according to a mathematical order. By placing this rune in a multiple eight-fold vibrational circle, the runes Magical Forces are enhanced by a Harmonic Resonance. Eight is the number of Complete Manifestation, the Perfection of Symmetry and the eight-fold division of the Heavens. The fiery qualities of the Tyr Rune are also associated with masculine sexuality.

Chain option comes with a 2 mm flat link stainless steel chain of either 18 , 20 , 22 inch standard length or a 18 inch chain with an extension up to 4 inches ( 22 inch total ) in length for more flexibility and a lead free pewter accent bead. Wear them with or without bead!