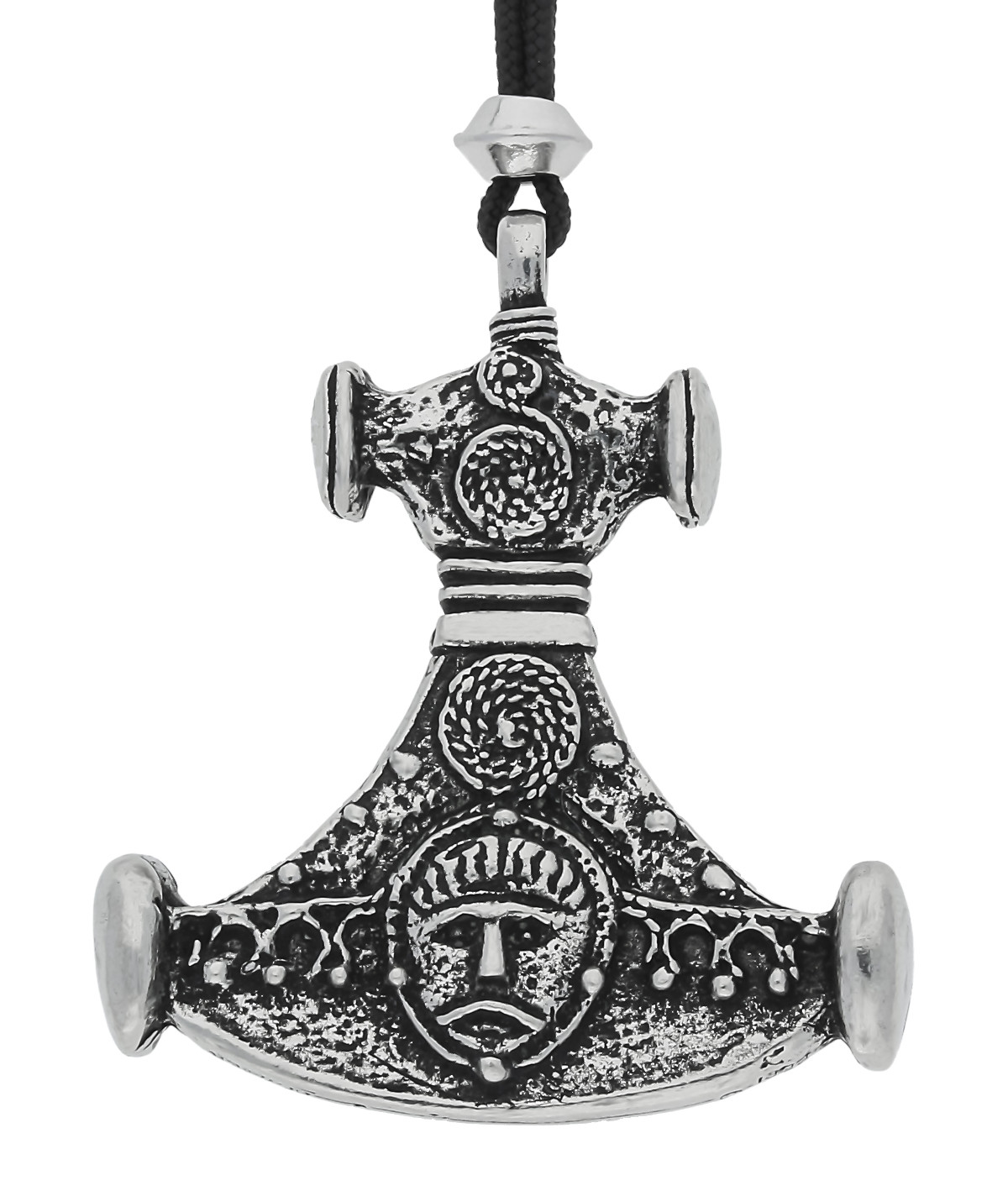 The Magic Hammer: Mjolnir of Thor - The Viking Thunder God produces Thunder, Lightning and is a Mighty Weapon against the enemies of Gods and men. With it Thor was Invincible in Battles with Frost Giants, Mountain Giants, hill Ogres, Trolls and other Demons that threatened Heaven and Earth.

After being thrown the hammer would Magically return to Thor's hand.

He had a pair of Magic iron gauntlets that he always wore when wielding Mjolnir, since without them he would be unable to grasp the powerful hammer shaft.

A blow from Thor's hammer was so powerful that it would result in instant death. Although Mjolnir could be the Bringer of Death, it was also a Symbol of Life and Fertility in connection with Thor's influence over the rains and crops.

It Brings blessings during marriage by keeping evil powers away and Bringing Fecundity to the bride.

Thor was almost powerless without Mjolnir: he woke one day to find that his hammer had been stolen by the giant: Thrym, who demanded the hand of the Goddess Freya in exchange for the hammer's return. The gods devised a plan to trick the giant: Thor dressed in Freya's clothing, veil, and golden necklace went to Thrym's Palace with the trickster fire god Loki disguised as Freya's maidservant. Thrym set out a banquet for the wedding and when Mjolnir was brought in and set on the bride's knees for the ritual consecration, Thor threw off the disguise, grabbed the hammer and used it to strike down Thrym and all the wedding party.

Note the intricate twisted wire work and be aware that the face of the thunder God is staring out at you: A truly unusual and unique Amulet from the distant past.